BCH (also known as bcash) is the new cryptocurrency created from BTC.  Basically a group of people decided to try and create a new version of Bitcoin by means of an ‘airdrop’.  An airdrop is when you credit all the current owners of a coin, with a new coin.  So all owners of BTC got BCH magically for free delivered instantly to their account. To put it bluntly, ‘Free Money!’

This dreadfully misallocates capital because it gives money to people who did nothing and have no interest or association with your product. There is no incentive for someone to hold on to a newly created untested version of Bitcoin, why should they, it’s free money. They put zero amount of their labor or and zero amount of money in; hence, there is zero physiological value.

Bitcoin has been tested for the last 9 years and has built a strong community that want to see it succeed.  Also, the amount of businesses that are using and working in BTC is massive.  If you think they are going to abandon BTC and use BCH instead, you are delusional. Even if they like the BCH stuff, the economics of an airdrop make it almost impossible to succeed.

The correct alternative would have been to do an ICO. That way the BCH team would have raised money and can now hire on a complete team to be constantly working and improving the product. There is no way you can create a codebase and then just let it run.  It needs to be constantly worked on and improved if it has any chance of succeeding. If they set out to raise $1B USD they could have collected it in BTC then sold off BTC for fiats to dump the rival hard and pump BCH at the same time. If this was done, then yes, they would have something.

Instead, what the BCH team got was about 70% of the BCH coins distributed FOR FREE to people that could care less about the project, the remaining 30% will be mined like BTC until 2140-ish. This leaves the BCH team with nothing, they have no stockpile to defend the price, no coins to give away to incent new users or to pay out bounties for work.  They have nothing, just the hope that they made a better mousetrap that will cause 9 years of support to instantly evaporate? It really makes no sense.

Plus if you think about this long term, having any group of miners be able to create value my forking the BTC codebase doesn’t make any sense. You can’t create value out of nothing, the reason why Bitcoin has value is that it has been proven to work, has network effect of tons of users worldwide. Understanding currency is about understanding trust. A currency is only as good as you can trust the counter-party to honor it. There is no simple way around it, building currency trust takes time, and only time…there are no shortcuts.  Sure a whale, elite or other power can endorse or approve of it and sway trust…but this is short lived and fades massively over time.

The Value of Anything

People don’t value things they get for free. If you paid $100 a coin in an ICO, then you value that coin at $100 and have real skin in the game. If you get a coin for free, then you have no skin in the game, who cares what you get for it, as nothing risked is nothing gained and folks will take free money all day long by selling the new unproven currency for the one they know and trust.  I hate to get all Gresham’s law…which means that good money drives out the bad money.  People recognize that hard assets are better then fiat currency in times of trouble and horde the “good” money, while circulating and spending the “bad” money.  https://en.wikipedia.org/wiki/Gresham%27s_law

Ardor did a 1:1 swap for all NXT. Price of Ardor went to 2x NXT with all the hype, but then reality set in that the economic models around airdrops don’t create the right incentives…so currently NXT is worth more the Ardor. 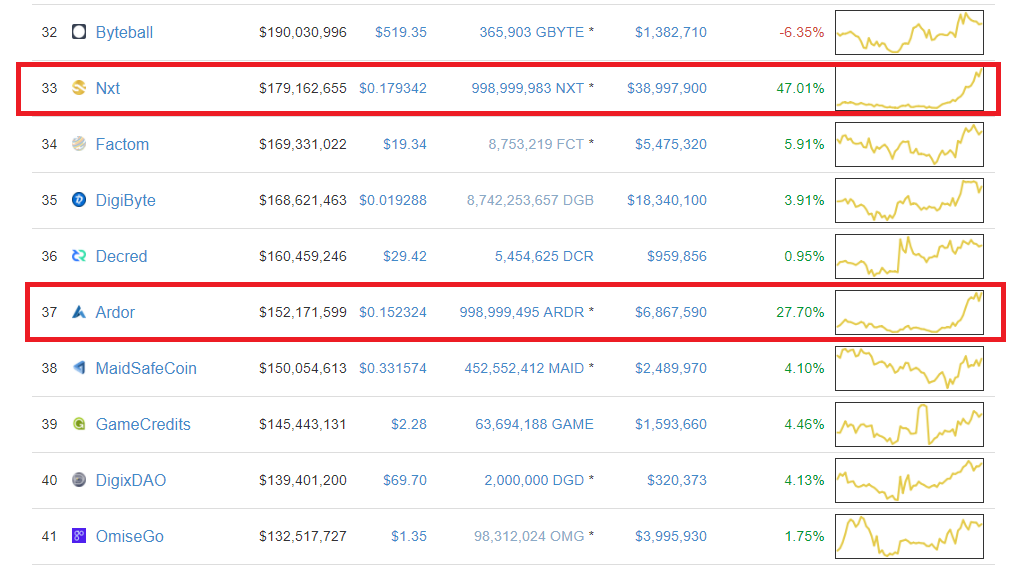 Posted on August 2, 2017 in Uncategorized